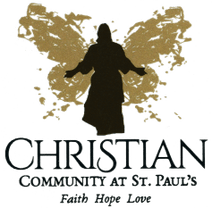 History of our Church

A dream and a prayer

Founding pastor, Roland England, had a  long-time dream to start a church in Loudoun County. This dream became the shared vision with others that gave birth to Christian Community Church. The church held its first worship service in the Loudoun Valley Community Center in Purcellville, the first Sunday of January in 1998.

That very Sunday, Carroll Crim, a WWII vet and now with the Lord, told Roland that he had been praying for a church for 10 years, and this was the church he was praying for. Carroll was a true prayer warrior and became our first deacon.

In 1999, members sought a new meeting place, and were led to St. Paul's Lutheran Church, built in 1835 and closed in 1970.  The buildings had been empty for 30 years, and the Lutheran Synod was willing to sell the property for $1.00.  This included the 1835 fieldstone church, fellowship hall (now known as "Mullen Hall") and cemetery.

Worship services began at St. Paul's in May, 2000.  The name, Christian Community Church at St. Paul's, became a way to hold on to both names.  Mullen Hall is named after Howard Mullen, under whose leadership that building was constructed in 1957-59.  Extensive renovations and improvements to the property have continued over the years, including wall-mounted lamps to compliment the 1890's chandelier in the sanctuary, and stained glass windows to blend with those from the 1920s to 1940s.  God has always provided the people and resources when needed.

Our community continues to resist the trends that see smaller rural churches struggling to stay open.  Like the building itself, we stand today because those with dreams and prayers continue to come together, by the grace of God, to form a vital Christian Community. As we witness to Christ's resurrection, the Holy Spirit invites others to join us, and share the faith, hope and love we have found through his name! Come and see!

St. Paul's in 1864 during the Civil War; painting by Keith Rocco.